*Christ Community is worshiping in person and via live stream at 9:00 and 10:45 on Sundays. We now offer children's and nursery classes at both service times!
No pre-registration necessary (except for preschool classes).

Prayer And Much Incense

Revelation 8:1-5 When the Lamb opened the seventh seal, there was silence in heaven for about half an hour. 2 Then I saw the seven angels who stand before God, and seven trumpets were given to them. 3 And another angel came and stood at the altar with a golden censer, and he was given much incense to offer with the prayers of all the saints on the golden altar before the throne, 4 and the smoke of the incense, with the prayers of the saints, rose before God from the hand of the angel. 5 Then the angel took the censer and filled it with fire from the altar and threw it on the earth, and there were peals of thunder, rumblings, flashes of lightning, and an earthquake.' 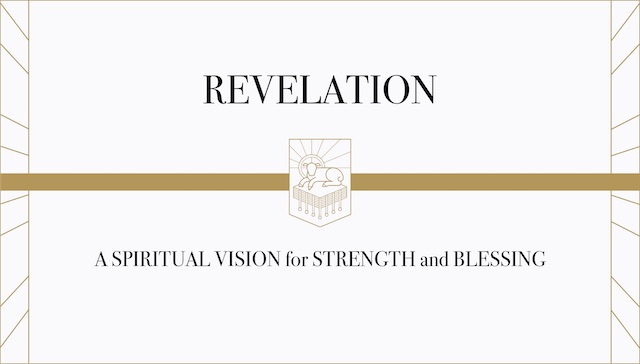 More in Revelation: A Spiritual Vision for Strength and Blessing.

The Alpha and the Omega

Back to The Garden

A City Beyond Comparison